The 4-square inch swatch of the original fuselage fabric included with this relic print was preserved when the Smithsonian restored the De Havilland DH-4 before installing it in the permanent collection of the National Air and Space Museum where it can be seen today. Also included is a Certificate of Authenticity signed by the Deputy-Director of the Smithsonian and 2 pages of colorful historical information on this aviation milestone along with aircraft specs. An extraordinary flight and an opportunity to own a piece of aviation history.

The following description of the De Havilland DH-4 appears on your relic print, just below the original fabric swatch.

The Dayton Wright DH-4 “Liberty Plane” was the most important combat plane built in the United States during World War I. Powered by the native 400 horsepower Liberty engine, the DH-4 proved to be an able bombing and observation plane in France. When the war ended, some 196 DH-4s were in front-line service with the American Air Service. The DH-4 in the collection of the National Air and Space Museum is the first of the 3106 built in the United States by the Dayton Wright Airplane Company; it was used as a prototype and as a test vehicle for more than 1,000 flying hours. 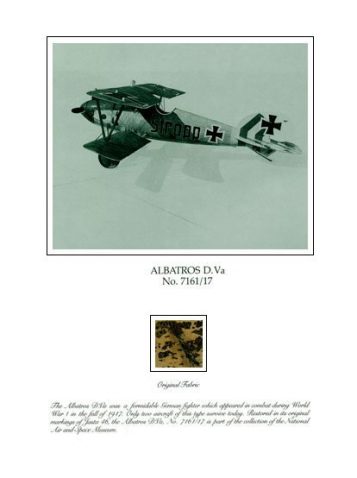 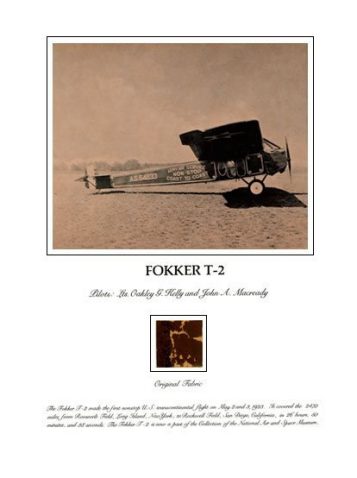 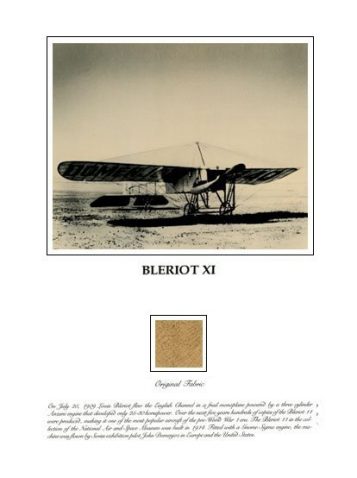